Gotham’s second episode had a great story line that kept my anticipation from last weeks episode pushing forward for the episode next week. The reviews of the episodes will not be as in-depth as the first one was, since it was the first of the series. There might be a little bit of a spoiler in them, but that will be listed if that happens.

END_OF_DOCUMENT_TOKEN_TO_BE_REPLACED 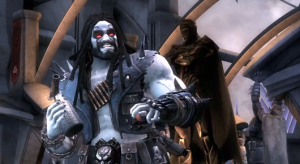 Late update but you know we do it in style. The trailer for Lobo released for Injustice: Gods Among Us and it showcases what variety The Main Man brings to the table. Between the long ranged attacks with hook-chain, to the shotgun he wields indiscriminately with ease. Lobo looks like he will make for a fierce opponent in trained hands. This video also brings a costume change for Batman–regaling us with the Flashpoint addition for him, which means that it’s Thomas Wayne instead of Bruce. Stay tuned for the DLC that is slated to be released May 7th.

Injustice: Gods Among Us Mobile App 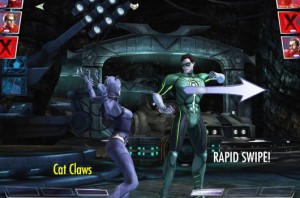 Last week during the GDC the Injustice:Gods Among Us mobile app was announced. It has currently been released on the App Store. With a healthy mix one part fighter, and one part collectible card game it should serve as a companion piece to the console version.

The mobile app will require you to set up a WB-ID that will allow for unlocks, and to share items between the mobile and console versions. Seems that the closer we get to the release for this game WB and NetherRealm really want to get our blood pumping.