Well, that was quick. Adam Orth, a creative director at Microsoft Studios, has taken to Twitter and seemingly confirmed the existence of an always on Xbox. He isn’t at the very top of the food chain at Microsoft,  but definitely high enough to know what’s going on. Anyway, read his tweets in the pics below and decide for yourself. This may be an example of the hubris that some developers have been privy to in the last few months. 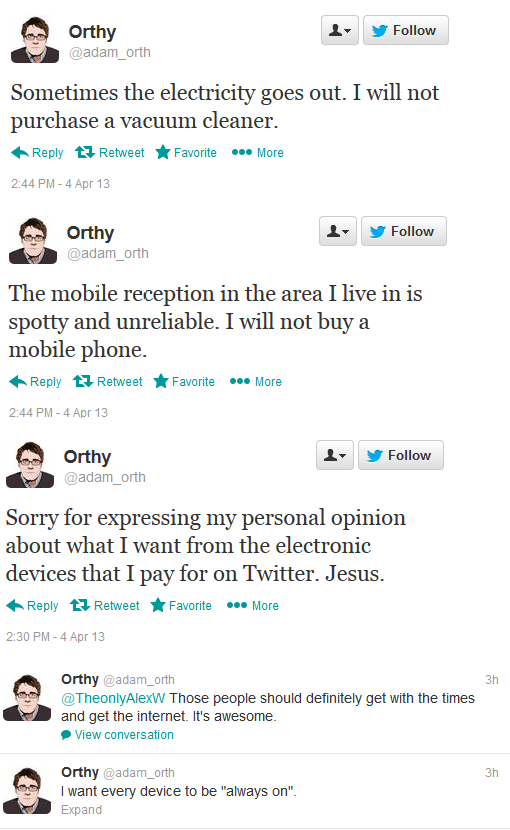